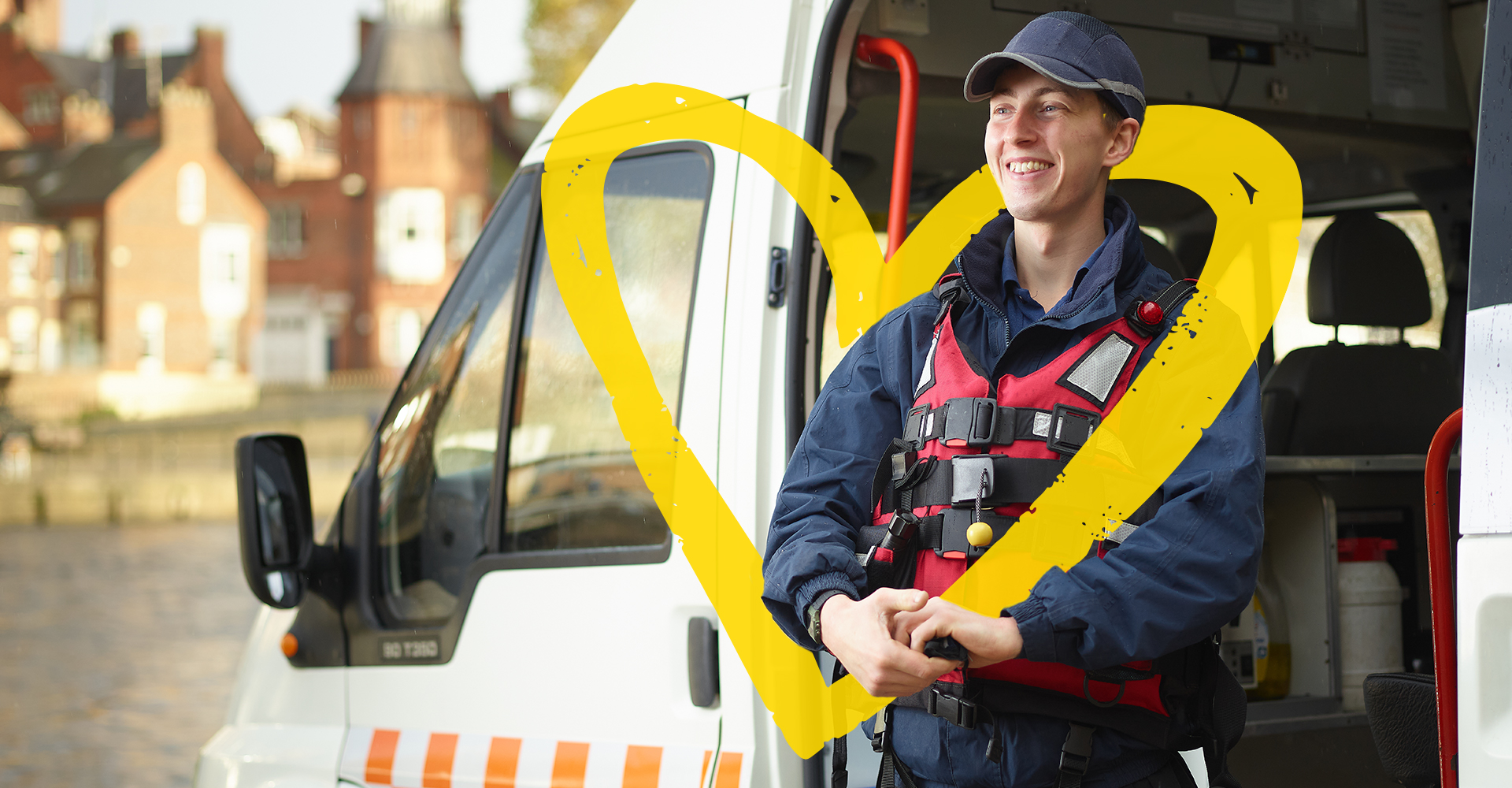 Thanks to the Aviva Community Fund, York Rescue Boat raised over £10,000 to buy essential equipment and expand their team.

York Rescue Boat is an independent lifeboat team based in the city of York. They’re on call 24/7 to assist local emergency services with search and rescue operations and can also be deployed nationally to flood-hit communities.

“As a flood rescue team, we attend a number of different sorts of incidents,” explains Matthew, one of the water incident managers. “This could be rescuing people from houses or vehicles, as well as humanitarian relief, such as taking food, water, medication.”

The team are also trained to carry out animal rescue and help emergency workers such as nurses reach patients in flooded areas. They were heavily involved in the relief effort during the 2015 flooding of Cumbria and York, which saw over 250 people evacuated from their homes in central York.

It’s vital work – and York Rescue Boat knew they needed to bring more people on board to help them do it. But they couldn’t expand their team without first purchasing the personal protective equipment to kit them with, such as boots, dry suits, helmets and lifejackets. This would be a significant cost, with around £1,500 needed to equip and train each new flood responder.

The charity is run entirely by volunteers and relies on donations from members of the public for most of its funding. So, they turned to the Aviva Community Fund to raise the money they needed.

“We raised over £10,000 with the Aviva Community Fund,” says Matthew. “We’ve currently got eight persons on our flood team, and we’re hoping to increase this by another ten with the funding from Aviva.”

With more people trained and equipped, York and the surrounding area will be more resilient to flooding in the future. It’ll mean York Rescue Boat can better support their local community in a crisis – and maybe even save more lives.

Could funding or support help your project make waves? Apply for the Aviva Community Fund today.