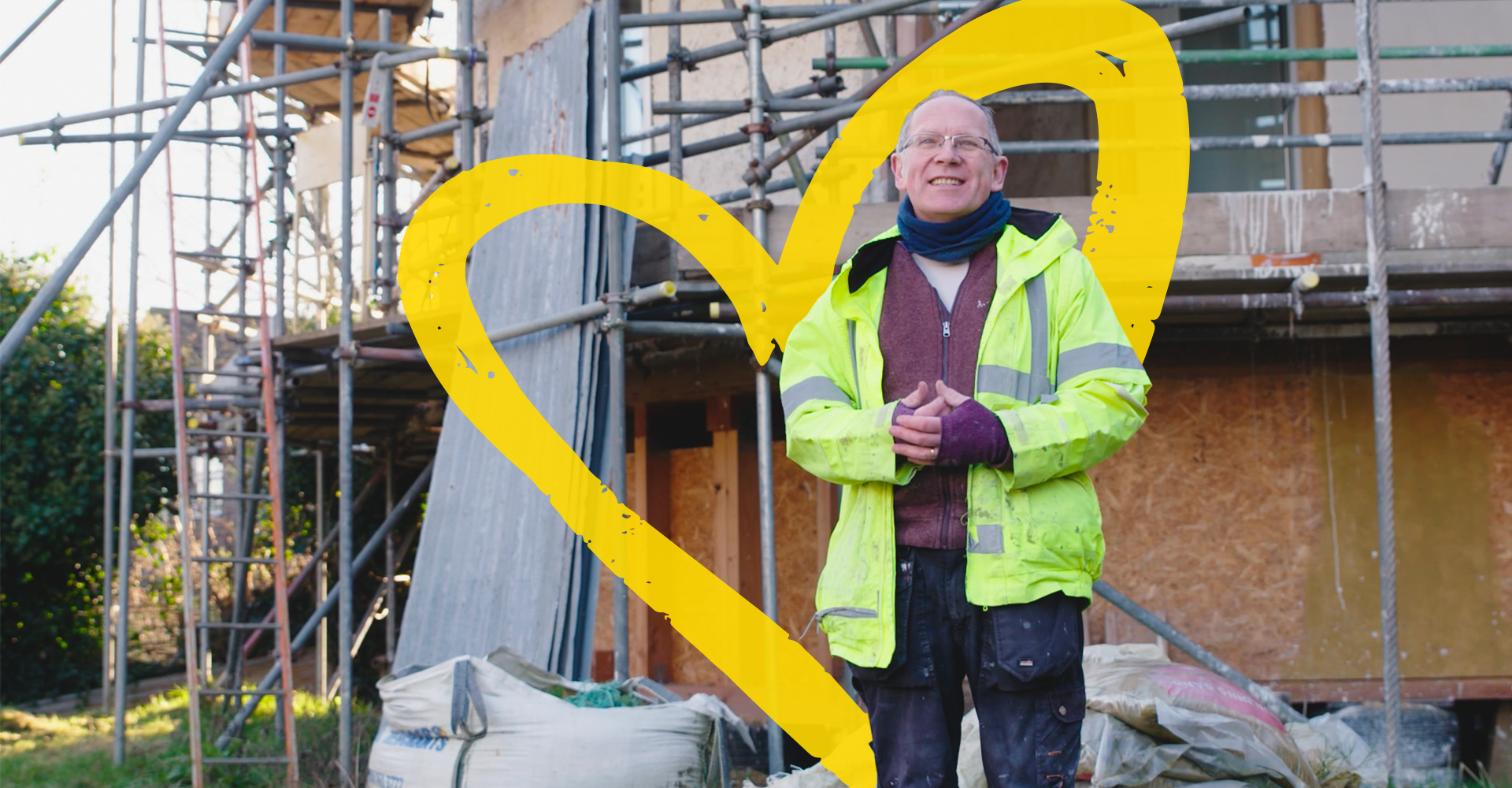 What started life as a plan for a new hall for Tulse Hill’s Holy Trinity Church evolved into something much more forward-thinking and community-centric when the team began to explore the idea of building with straw bales.

Says vicar, Richard Dormandy, “Our focus became much more on it being a hall for the community with hands-on ownership. We realised that this could be a project that was really inclusive – we’ve had children from primary school to community payback. We’ve had people in their 80s teaching people in their teens.”

In fact, over 500 people have put their hearts into this hugely ambitious project since the Tulse Hill team got the ball rolling five years ago. The idea was to actively combat climate change by creating a community hub that was not just carbon neutral, but carbon negative. That means using materials and techniques that store up CO2 rather than releasing it by choosing, among other things, sustainably forested timber for the building frame and straw-bales for the walls.

Agricultural straw is used to make compressed bales – surprisingly both extremely strong and fire-resistant – which are plastered using clay dug from the project’s own foundations, and rendered on the outside with lime – a carbon-neutral product. And that’s just the start – solar panelled roofing will power the centre and church, while tyres saved from landfill provide an incredibly strong and stable building foundation.

As the project nears completion, the Aviva funding will help towards the cost of the building’s heating, cooling and ventilation system, which uses an innovative Air Source Heat Pump to generate energy from shifts in air temperature.

Once complete, the straw build centre is expected to be enjoyed by around 4,000 people a year. But what’s more, as Europe’s largest urban straw construction, it’s helping to change the way people think about construction in the light of climate change. Together, we can make a brighter future happen. Getting there takes you. It takes Aviva.

You can keep up with the progress of the Tulse Hill Straw Bale Build on Facebook. And if you’ve got a project that’s building something special, apply for the Aviva Community Fund today.